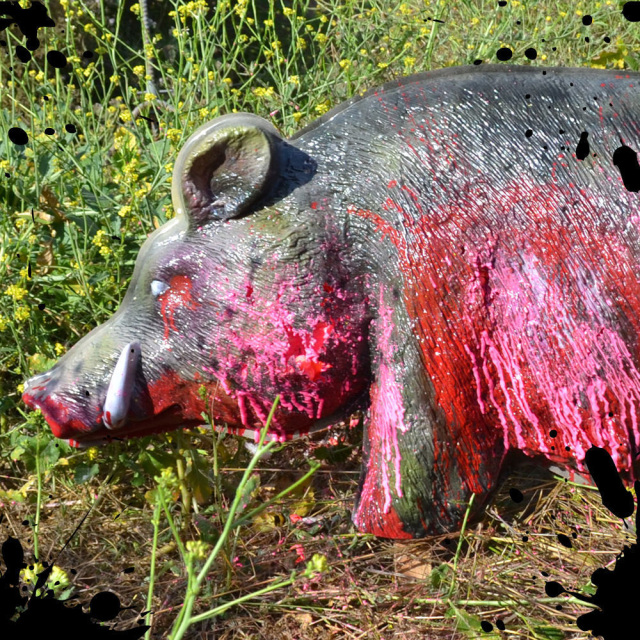 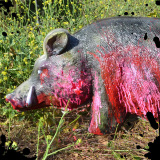 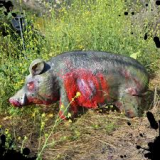 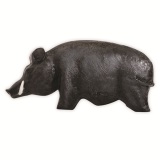 Wilbur was just your ordinary average barn yard pig, who spent most of his time happily rolling in the mud, waiting to be fattened up.  When it came time for his slaughter he was absolutely terrified, so he turned to his spider friend Charlotte for advice.  This tiny spider told him that with just one little bite, and a bit of her venom, he’d have nothing to worry about…Little did Wilbur know, her bite mixed with some rancid corn he ate earlier that day would make for the perfect condition to turn him into a rotting pork chop.  Wilbur went from worrying about being a dead little piggy to joining the ranks of the Undead in a matter of minutes!  Before the butcher could say “do I smell bacon?”… Wilbur was turned into a Zombie Pig and savagely proceeded to ransack the country side in search of human blood.


They are hand painted to accurately resemble an a rabid life-sized Zombie pig that just won’t stop harassing you and your heard, to give you that realistic look so you genuinely want to eliminate him.  What makes our Zombies so special? They’re filled with biodegradable matter, which makes clean-up so much easier… (are you happy, mom?) …and oh yah, let’s not forget, they ooze and burst into little pieces of blood soaked Zombie matter when you shoot them!


Features:
Destroy the Undead
When your Zombie Industries’ package arrives, proceed with extreme caution and carefully drag the box to a secluded area. Be careful of contents, as the Zombie is not dead, only dormant. Recommend individuals organize weapons, supplies and Zombie hunting task force before opening box, your life might possibly depend on it. If you fail to destroy enclosed Zombie, call for backup before returning to the scene. Use our Zombie Targets in the same cautionary manner as you would a paper target and remember, always use common sense around live munitions. When you aim, point directly at the figure but be warned, pieces of simulated flesh and body parts will detach upon impact.

All Zombie Industries’ products represent fictitious characters and are works of fiction.  Names, characters, stories, places and incidents are products of the author’s imagination and are used fictitiously.  Any resemblance to actual persons (living or dead), events or locales