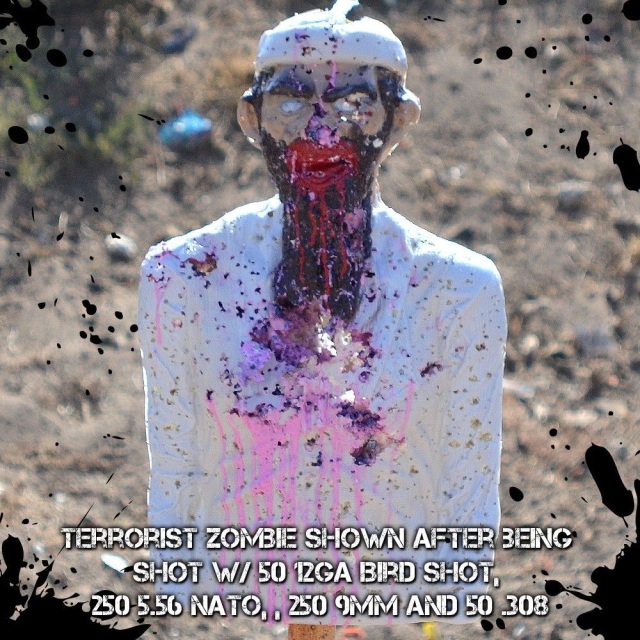 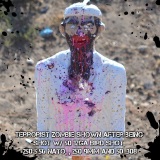 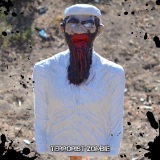 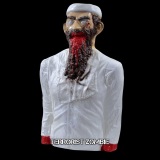 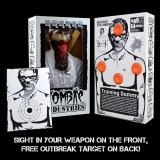 Just weeks after the US Government announced the killing of Al Qaeda’s top terrorist leader by the elite US Navy SEAL’s; disturbing news leaked out of Coronado, CA that apparently, we have not seen the last of the World’s most notorious symbol of terrorism, “The Terrorist”.

This information leak comes from an extremely reliable source within the Navy SEAL organization, the special operations team who executed the killing of the World’s most wanted extremist. The warning we received pleaded with Zombie Industries’ to get the word out that he is in an absolute altered state of living… he is now an Undead!

LOCATION ALERT:  “The Terrorist” was recently spotted at convenience store near Orange and 9th; inspecting fuel prices and apparently stealing dirty-girly magazines and several bags of chicharrones, wearing a long tan robe and beard. Your action is needed, your nation is depending on each one of you to assist in this global mission. Should you decide to accept and stand-up for your freedom… immediately secure your Tactical Bleeding “Terrorist” Zombie Target and without delay, practice blowing this scum-bag-POS into pieces! Your country will thank you for it. Bless you all.

Each Patent Pending “Terrorist” Zombie is cloned in our San Diego, California facility and is hand painted to accurately resemble an infected human that just finished gnawing your neighbor Zed’s leg, to give you that realistic look so you really feel the hate. What makes our Zombie’s so special?  They’re filled with biodegradable matter, which makes clean up a wee-bit easier… (are you happy, mom?) …and oh yah, let’s not forget, they bleed and burst into little pieces of blood soaked, Zombie matter when you shoot them!
When your Zombie Industries’ package arrives, proceed with extreme caution and carefully drag the box to a secluded area. Be careful of contents, as the Zombie is not dead, only dormant. Recommend individuals organize weapons, supplies and Zombie hunting task force before opening box, your life might possibly depend on it. If you fail to destroy enclosed Zombie, call for backup before returning to the scene. Use our Zombie Targets in the same cautionary manner as you would a paper target and remember, always use common sense around live munitions. When you aim, point directly at the figure but be warned, pieces of simulated flesh and body parts will detach upon impact.
Add to Cart